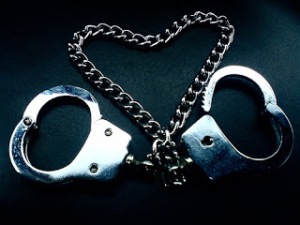 One of the official “50 Shades” promos

To achieve that goal I proceeded with an online ethnography. That means I observed a forum and based on my impressions I tried to establish particularities in online behaviour of the group in question. To guarantee the anonymity of the forum participants, I will not introduce the name of the forum nor quote any of it’s content but mostly present my own notes and description of what I managed to peruse. For the ease of usage I will refer to the forum as CC.

CC is part of a bigger platform that allows it’s users to find potential partners. It’s an open community that doesn’t even require registration. All content is visible to anyone who choses to visit the website. That includes personal pictures, comments and contact data. This was quite surprising considering, the sexual and highly controversial character of the focus of the community. Furthermore, most users identify themselves through their own pictures, most often portrait takes of their faces. It shows that they are not ashamed of who they are and they are quite open about their sexual preferences. Such attitude is clearly visible through the forums content. All the discussions are open to be browsed by anyone. One of the reasons might be that the community has a strong focus on teaching and helping. Many of the topics consider health issues, moral issues or practical problems one might stumble upon in their journey into the world of BDSM. It’s also important to mention the forum is very well structured and well maintained. It can be navigated and understood with ease. Topics threads seem to stick to their points and gather an average number of 20-30 responses. Users are very helpful and they seem to take each other very seriously. It’s a very safe space that doesn’t make anyone feel worse or neglected. During the short period of my study I managed to read a couple of hundreds of posts and not once have I seen hateful or trolling comments. On one hand it might imply that the users posses really good manners but it might also hint at a high level of control exerted by moderators of the forums.  One of the main boards focuses on the portrayal of BDSM as a lifestyle in popular types of media. CC keeps track of how their lifestyle is perceived by the outside world and they are very inquisitive about the reasoning behind specific portrayals. 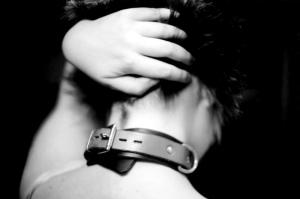 A couple of words should be also said in greater detail about CC’s approach towards BDSM itself. The community holds high moral standards, strict rules and ethical code. First and foremost whenever they start a discussion about possible BDSM activities, they make sure that all included parties have expressed their consent and that no one will be harmed in the process. They put great care into assuring each others well being, both mental and physical. They realize that for some, their preferences might seem extreme and they make it a point to not force them on others. The community is very tolerant, calm and practical. Because of the open character of the site, many of it’s users report receiving hateful emails but they do not retaliate against them. They continue with their activities and promote the ideas of tolerance, open-mindedness and care. One topic the community strictly and harshly opposes is any form of actual abuse. If anyone posts about a relationship they have that somehow oversteps its boundaries, breaks consent or causes actual health issues, the users will express their strong dismay and advise ways how to get out of the situation or possibly fix it. It seems that CC’s users are very sensitive to that subject and make it their priority to help anyone who might need it.

The study of CC was a fascinating experience. Because of lack of time I was forced to skip going into some parts of the forum such as for example the craftsmanship boards. Nonetheless the image that I observed seems far distanced from most media representations that BDSM practices get. CC is a strong community of people who are confident in what they do and very open about it. They are not afraid to show their faces and they strive to help others explore their sexuality in a safe way. They are very cultivated, well behaved and organized. It seems that novels such as “50 Shades of Grey” do the community lots of damage and introduce many misconceptions about the dynamics of their relationships. Thus said, this type of analysis opens up a whole new dimension of problems. As earlier mentioned, there is a possibility that this image is to some extent manipulated by activities of forums moderators. The short time I spent on it doesn’t give me the insight necessary to declare how much of the forum’s public face is it’s true face. This short article barely scratches the surface of the issue and hopefully points out a couple of interesting aspects for future discussion.

2 thoughts on “50 Shades of Misconceptions”